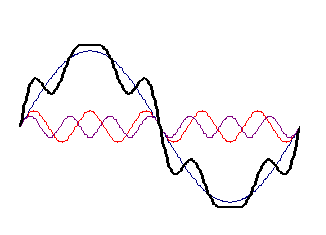 Variable Frequency Drives are becoming more and more popular in both heavy industry and in commercial applications as they provide both process improvements and potential for energy savings.  This statement is particularly true where the load is of a variable nature such as a fan or a pump. As the quantity of drives in a facility approaches 20% of connected load (at the point of common coupling, or “PCC”), the harmonic distortion caused by these nonlinear loads can cause problems with other components such as capacitors, other drives, computers, scales and other electronic based equipment.

IEEE 519-1992 defines harmonics as, “A sinusoidal component of a periodic wave or quantity having a frequency that is an integral multiple of the fundamental frequency.” This body is working to assist customers avoid the downside of VFD application.

IEEE 519,  “Recommended Practices and Requirements for Harmonic Control in Electric Power Systems” was first published in 1981 to establish levels of voltage distortion acceptable to the distribution system.  This document has been widely applied in establishing needed harmonic correction throughout the electrical power industry.  The newer IEEE-519-1992 sets forth limits for both harmonic voltages on the utility transmission and distribution system and harmonic currents within the industrial distribution systems, based on the stiffness of the bus which can be measured by short circuit current which is measured at the Point of Common Coupling (PCC).  Following is a table from IEEE519-1992 describing harmonic current limits, and following the table are terms which are defined for clarifying their meaning.

For a harmonic analysis of your system with the help of dedicated software, answers to the following questions are needed. The software allows convenient estimation of harmonics, which allows proper decisions to be made about installing variable frequency drives.

With respect to analysis, the preceding paragraph mentions Point of Common Coupling. It is instructive to carefully define that point.

PCC is probably the most important and most controversial term in the entire IEEE document.  It is defined as the electrical connecting point or interface between the utility distribution system and the customer’s (user) electrical distribution system.  While simple in concept, identification of this point is sometimes misunderstood, which leads to confusion and mis-application of the specifications in the table.

In conclusion, the care and attention that is given to any VFD controlled system will dictate the success of the application. Most manufacturers of squirrel cage induction motors will recommend that motors be applied in conjunction with proper cabling and installation techniques, dv/dt filters, and line reactors to protect the circuit.

Want to receive new posts about drives and motors in your inbox? Sign up here!

You have Successfully Subscribed!

To learn how we use your information, check our Privacy Policy. You can change your mind at anytime by unsubscribing.